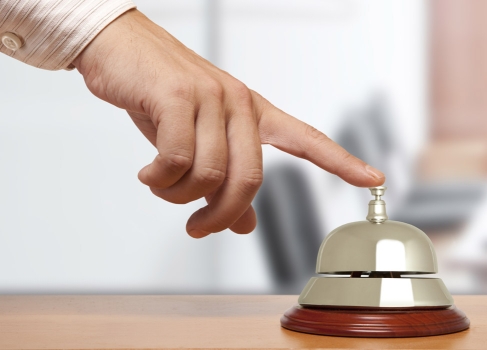 “I’m recording you! I’m posting this to YouTube about how bad your service is. I can’t wait to show the world how awful you are!” Phone in hand, this lady was not kidding. I wasn’t the target but even so I felt my heart rate increase a tic or two.

How you do respond in moments of peak stress? When the spotlight is on?

When I work with clients on customer service, we spend significant time defining their Moments of Truth (MOTs) – the most important customer touchpoints that determine how people perceive and ‘feel’ about an organization. MOTs are critically events and experiences that must be exceptionally positive for an organization to establish and maintain a stellar reputation.

I recently experienced a series of MOTs during a simple 8-hour trip that morphed into a marathon of missed connections and diversions. It proved a fruitful learning opportunity in many ways.

I was headed to a training course that required a significant investment; arriving late would mean a major loss. Here’s what happened:

MOT 1: The Diverted Traveler
Yeah, that’s me. I had two choices: Burn mental energy replaying my frustration and inventing fantastic ways of hijacking United Airlines board meetings to demand justice, or focus on what I could control: my state of mind and how I would spend my unexpected free time in airport food courts. With the help of some deep breathing and a frozen yogurt which was 75% toppings (mmmmm Berry Bursts!!), I went into ‘observe and reflect’ mode.

MOT 2: The Angry YouTuber: Handling Emotionally Charged Moments (ECMs)
While rebooking my flight, the lady featured at the start of this newsletter had been so loud that I had to stop the discussion with my agent – we couldn’t hear one another. Regardless of her rancor, I knew she was feeling helpless and abandoned after waiting 24 hours in an airport for nothing. The agent turned his back on her and called security.

Hours later when I boarded the flight to Houston, guess who was sitting beside me? I said, “I’m so glad to see you on this flight. Did everything work out OK?” She shared that she was traveling with elderly parents from China and somehow they were not on a list that would allow them to proceed to the USA. After 24 hours nothing had been resolved. The airline said it was her problem. When security showed up to calm her down, they provided an explanation of WHY United could not help her and what she could do about it. They gave her options.

She submitted a new request for help which was resolved within hours, in time to make the flight to Houston with her parents and daughters in tow. She finished by saying, “Thank you for letting me tell you my story.” There was nothing I could do to fix what had been a terrible ordeal, but listening provided significant emotional comfort. Authentic empathy is powerful.

The agent, however, had missed the boat. He failed his MOT, hiding behind policy, uttering the most dreaded words in customer service, “There’s nothing I can do.” Wrong. When faced with an Emotionally Charged Moment (ECM), remember these tactics:

I worked with a client implementing a change described by employees as ‘taking a smart system and making it dumb.’ Not a good start. While necessary to enable long term growth, it would produce a lot of extra work in the short term which sparked strong emotional reactions. People were vocal in their opposition.

I said to the executive leader, “Let me meet with them.” With a colleague, we met with each stakeholder group, listening empathically to their perception of what was happening. We did not argue. We made notes. We showed them the notes. We confirmed that leadership had reviewed their words.

Validation and empathy are critical tools in mastering Moments of Truth. Listening and demonstrating you heard their concerns enables them to let go, move forward, and adapt.

United missed the opportunity and a large group of people witnessed it, carrying away a bad impression. By contrast, my client decided to move forward with the unpopular change but provided stakeholders with support to prepare. Was it painful? Yes. But people adapted once they knew their voices had been heard.

Leading organizations master MOTs and ECMs by helping employees build validation and reflection into their customer interactions. It’s one of the major keys to excellence in service and we will look deeper into the others.

Need help supercharging your customer moments? I’d be happy to work with your team. To continue the conversation, send me a note.